Open for Dine-In and Carryout

Home-made food and pies are our specialties

After WWII, brothers Jim and Hub Hyde, born in a poor coal-mining town in Eastern Kentucky, moved to Hamilton, Ohio in search of work. In August 1946, they saved some money and brought an ice cream shop which soon became Hyde’s Restaurant.

Over the years, the diner grew in size and menu – hamburgers and ice cream expanded to fried chicken, roast beef, mashed potatoes, fish dinners, and then homemade pies. Hub Hyde continued to work until he no longer could, passing away in March 2006.

For the past 39 years, Mick has ensured Hyde’s success by bringing it forward with the times while maintaining the original feel of the restaurant – a place with charm, hospitality, and simply great home-cooked food at a reasonable price. In 2005, Ashley and Amy stepped into the picture to help their Dad. 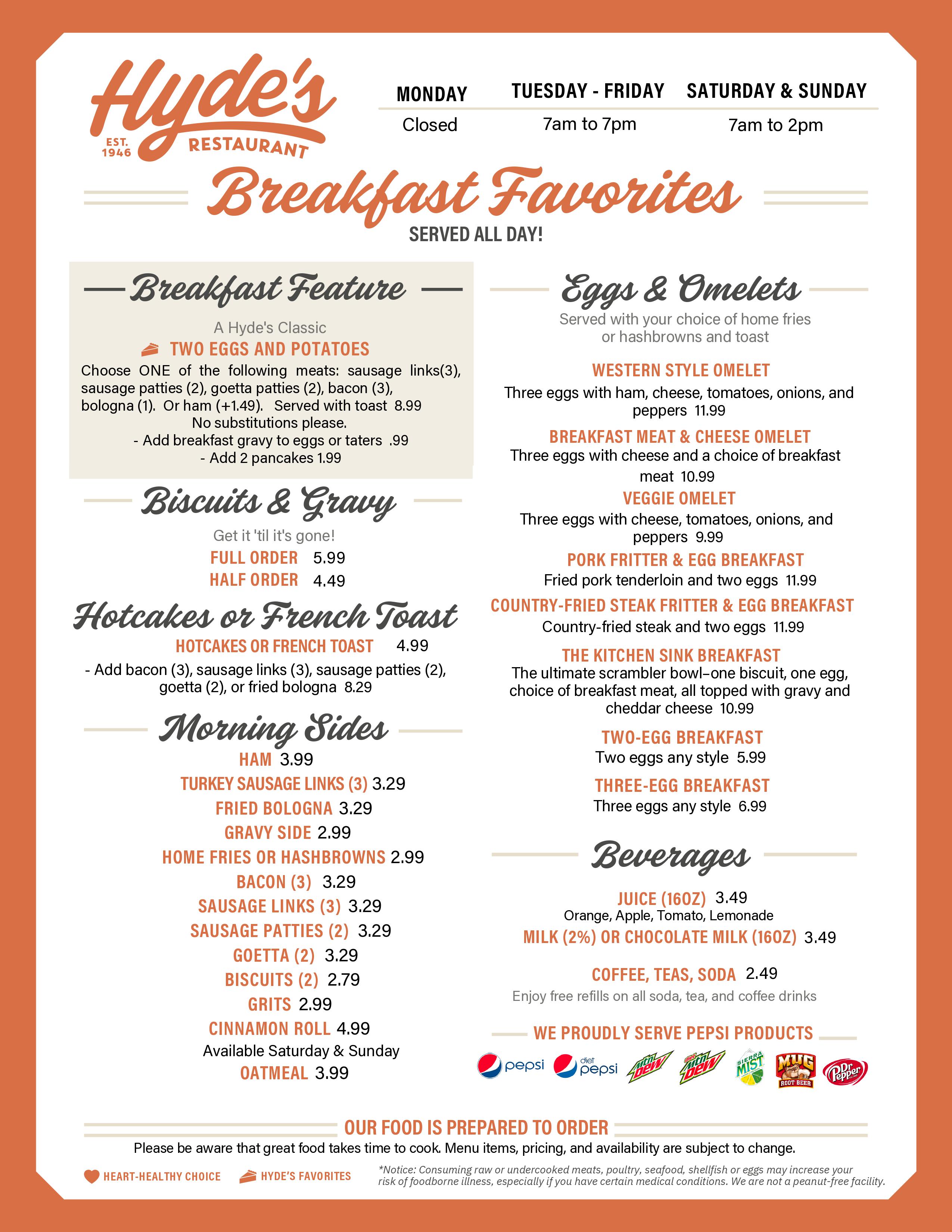 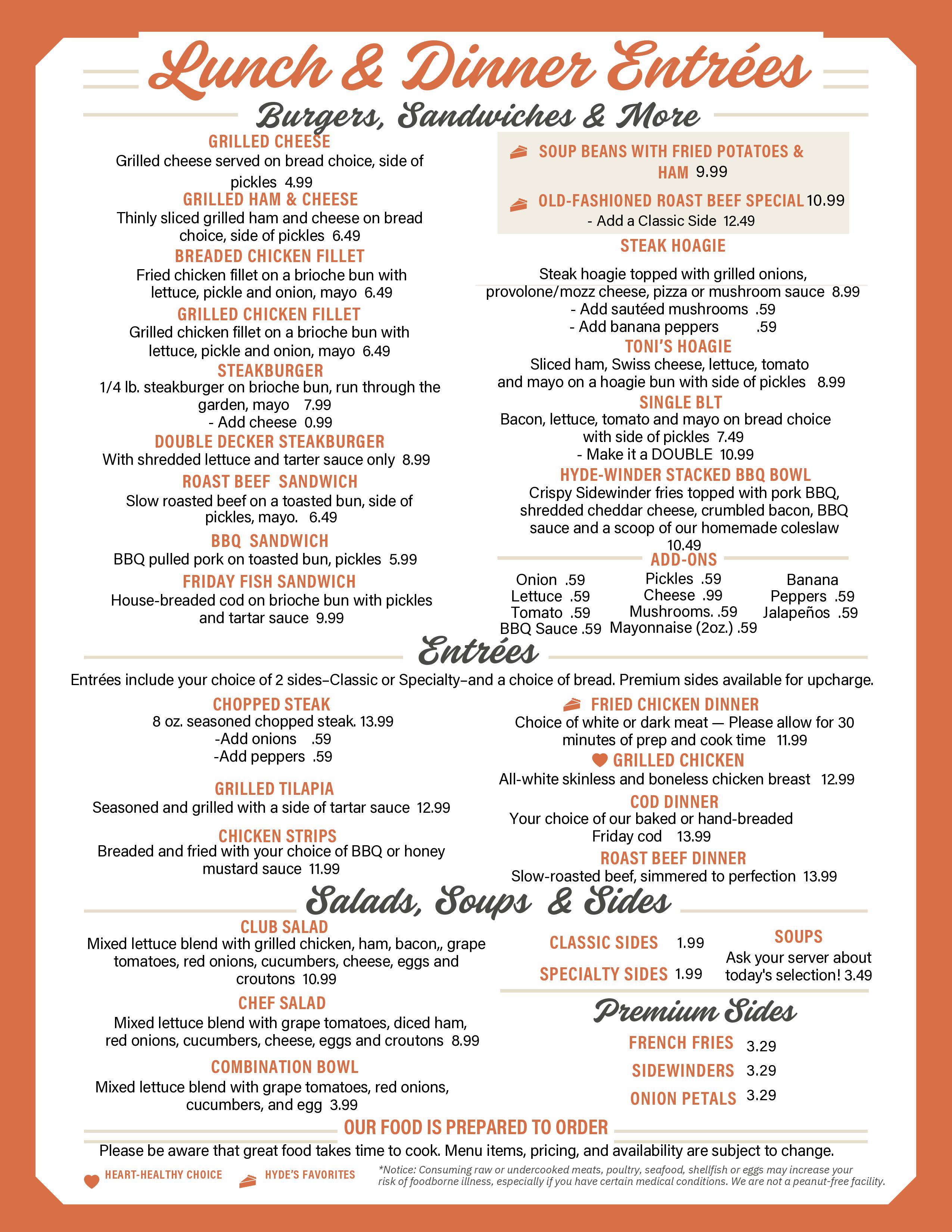 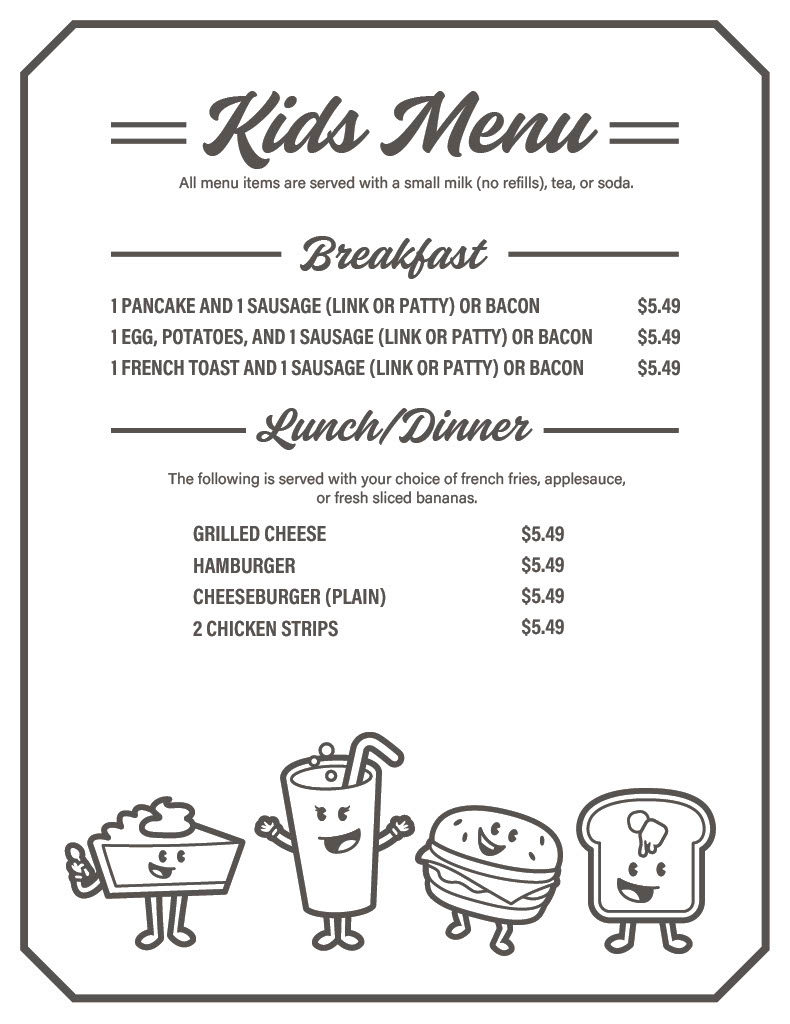 Download a printable version of our Kids Menu along with activity sheets by clicking the button below. 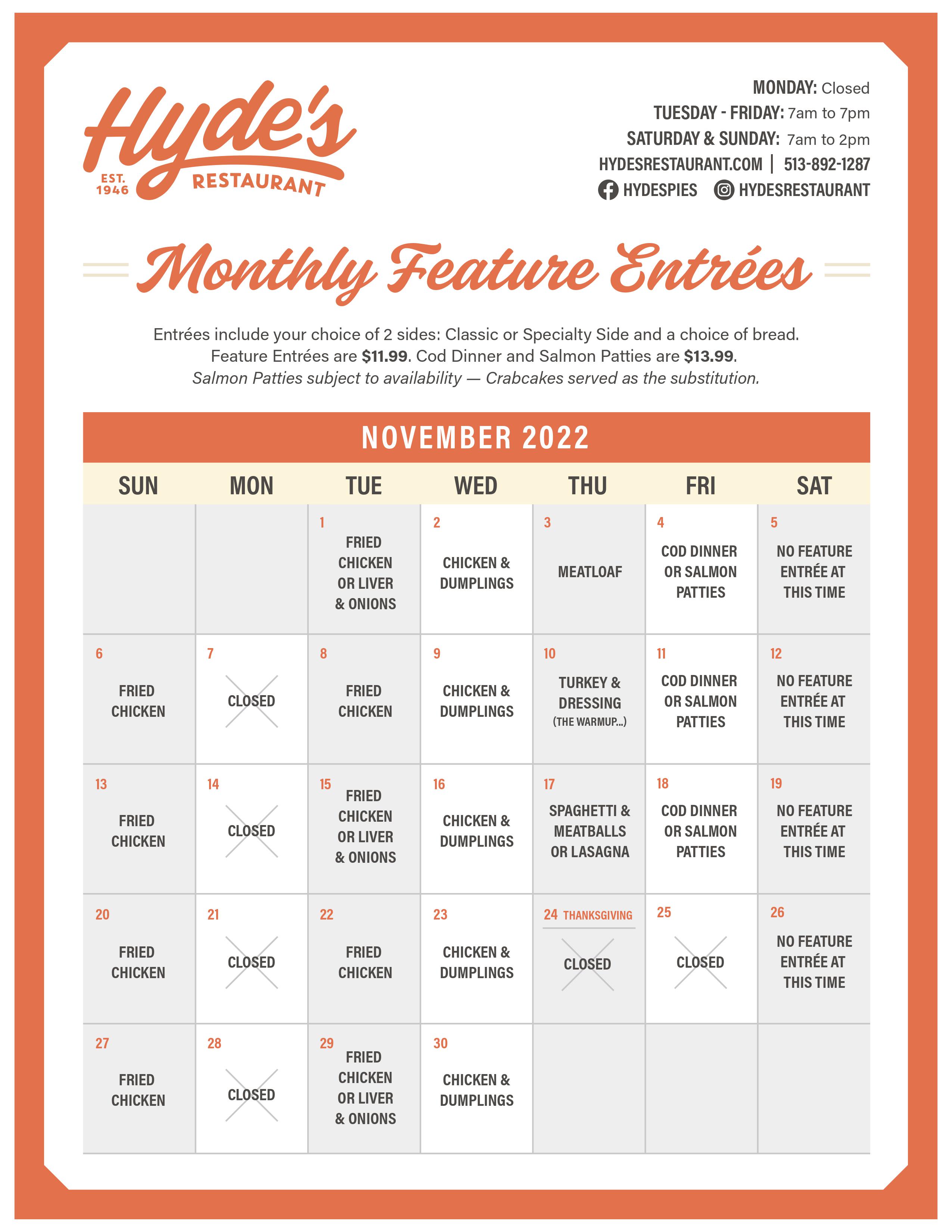 OUR FOOD IS PREPARED TO ORDER

Please be aware that great food takes time to cook. Menu items, pricing, and availability are subject to change.

Notice: Consuming raw or undercooked meats, poultry, seafood, shellfish or eggs may increase your risk of foodborne illness, especially if you have certain medical conditions. We are not a peanut-free facility. 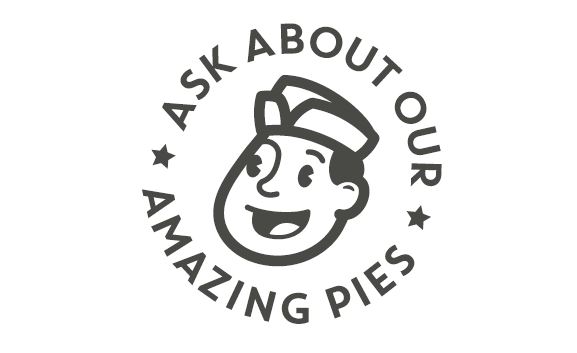 love this place, food is always fresh and very tasty.
I highly recommend!

We love this place! Miss being there for the great food and seeing the friendly staff.

A family tradition since 1946, Hyde’s is a destination! The food is scratch-made and amazing, but you HAVE to save room for dessert. The house-made pies are worth the calories!

Goodness, we love this little gem! The food is fantastic, the employees are so lovely, and the atmosphere is incredibly charming. Never change, Hyde’s!

Call to place an order